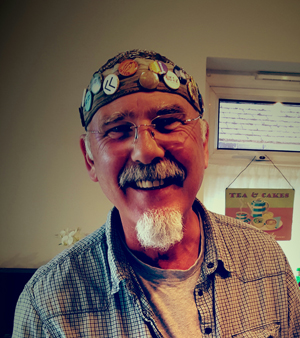 Derived as it is from a life spent as a soldier, gymnast, heavy goods driver, builder, actor, salesman and owner of his own construction company, the wisdom of tonight’s presenter arrives in a room several minutes before he does. So it is a foolish person that does not sit, cross legged and attentive as he shares his passion for music. His voice, warm with the self-satisfaction associated with releasing a vinyl album, does not betray his disability, but with the onset of dystonia, he has had to adjust from a world of work to a world of music – no longer able to run a business, he has embarked on an adventure into sound which he calls Wubworld. He is called Glen Wiffen and you can connect with him at wubworld.com.

These are the 10 favourite records of each presenter for the year 2022. They are not listed in any particular order, they looked a bit weird without numbers next to each line and I couldn’t use bullet points out of respect for you, dear reader. Enjoy the Review of the year show which was played […]